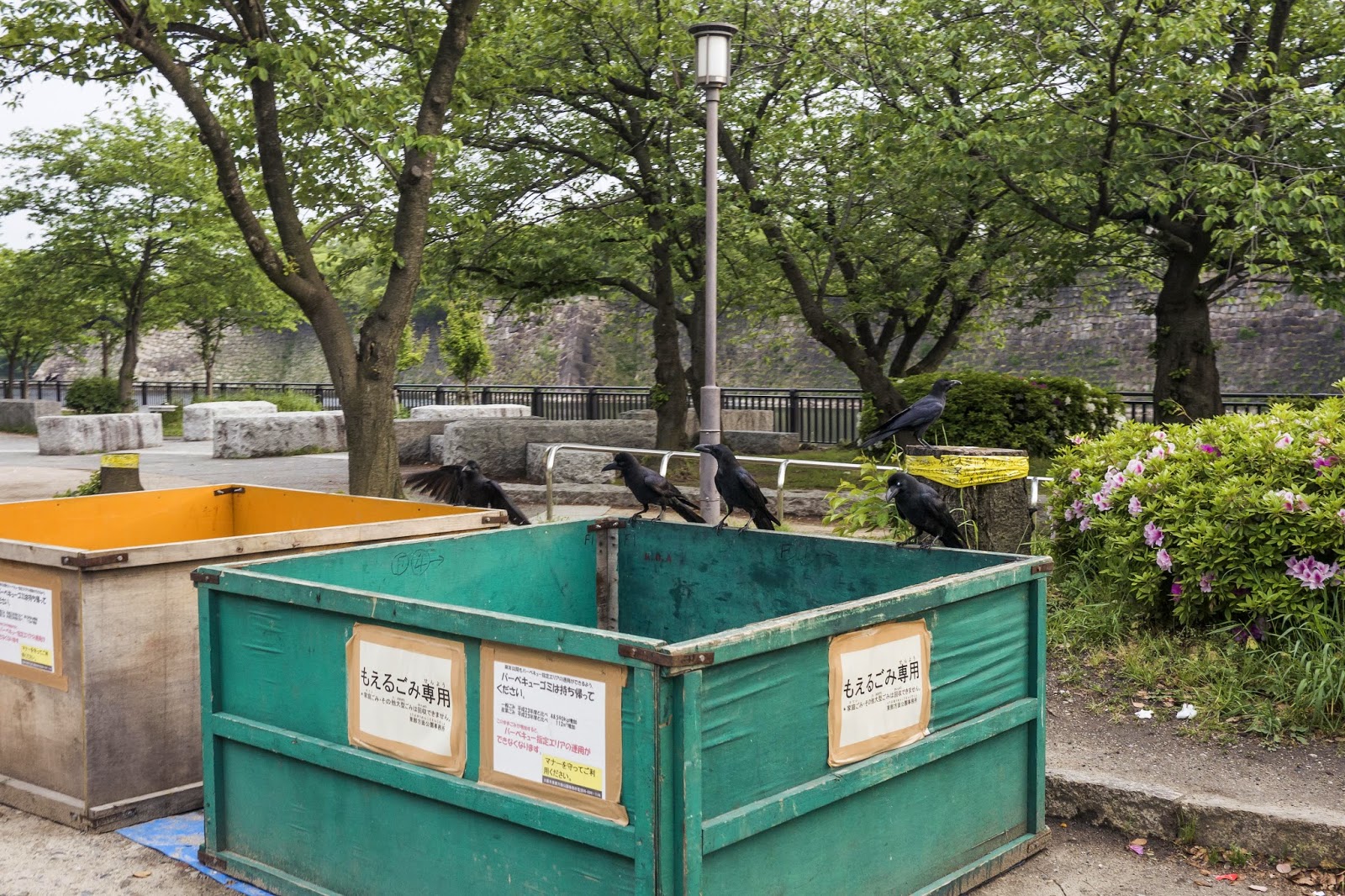 The crows in Osaka are pretty huge. My friends from different states and countries are surprised by how big they are, but my friends from Minnesota are already used to seeing crows this big. Most of the birds I've seen here are also found in Minnesota, I wonder if they were brought over here or if they just fly wherever they like the weather.
Posted by Unknown at 3:00 AM No comments: 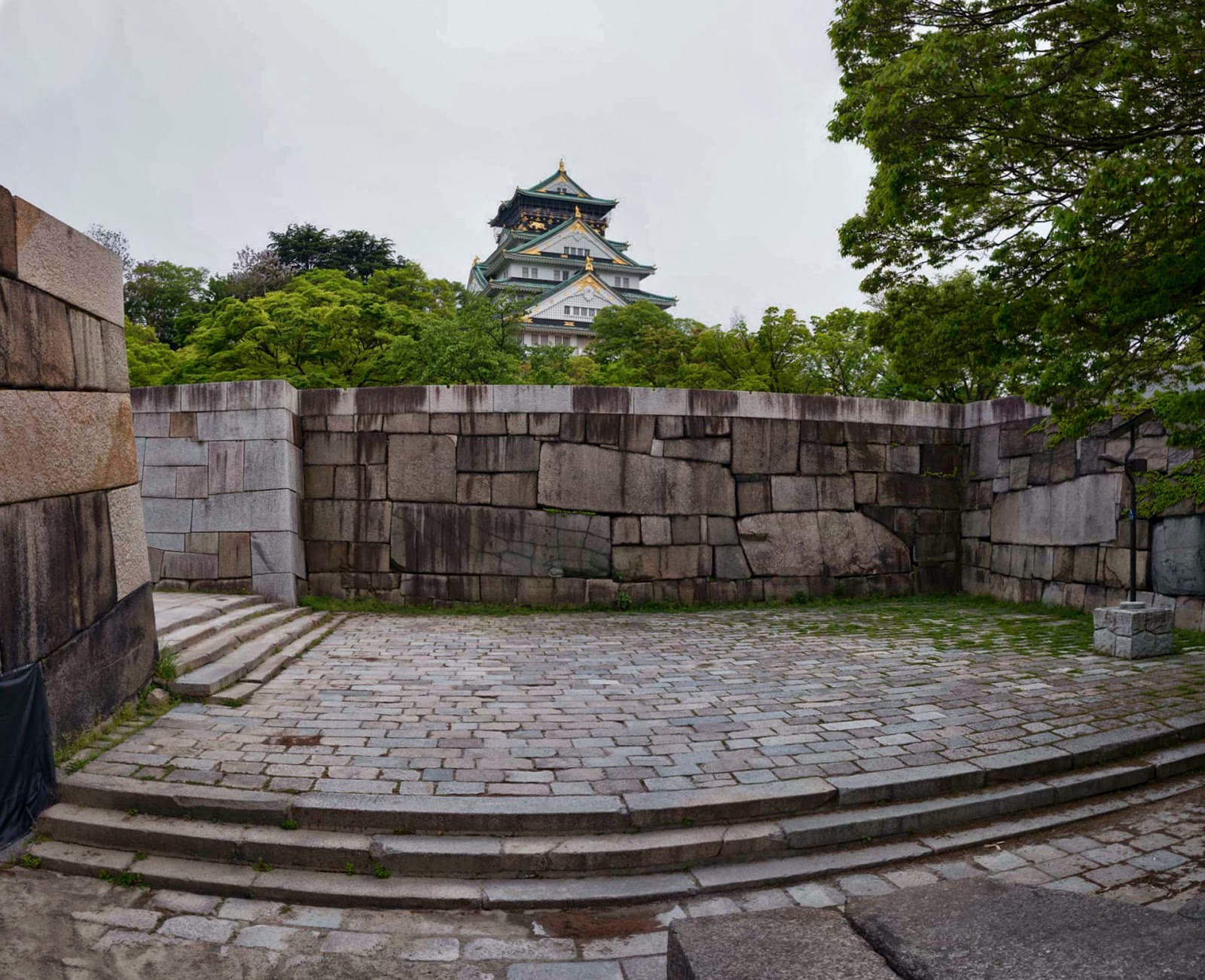 I went to a Jazz concert on the grounds of Osaka castle. Before the concert started I had time to wander around the castle grounds which are quite expansive. The castle was first constructed in 1597 and has since been destroyed and rebuilt several times. Most recently it was destroyed at the end of World War II. It's current incarnation was built using more modern concrete building methods and the inside is designed to function as a modern museum. It's somewhat disappointing if you're expecting to walk into a traditional castle. Only the outside is period. The grounds are all original though. The huge stone walls are fit together with remarkable precision.
It's interesting to think that hundreds of years ago, great battles were fought in these winding defensive corridors. 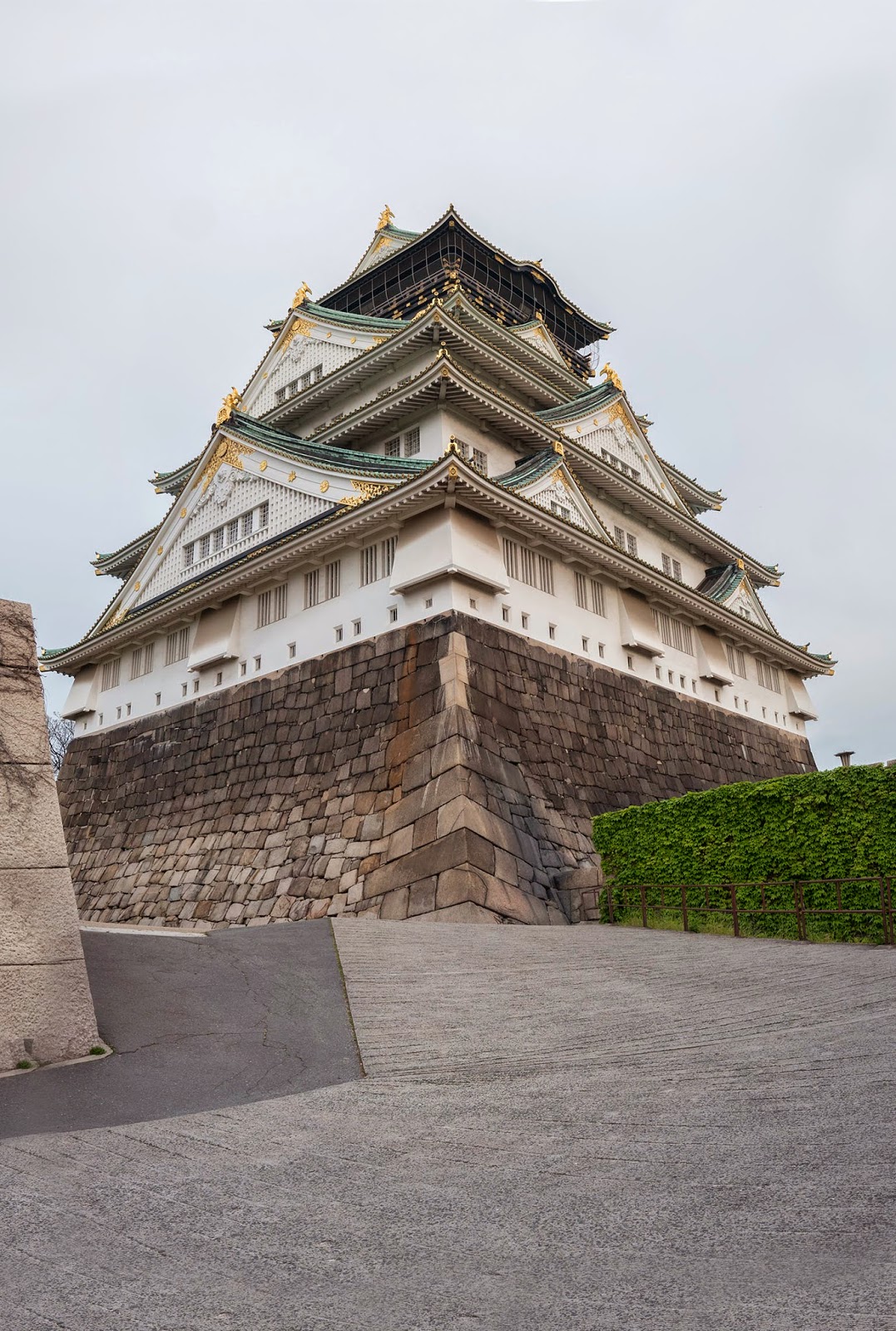 Posted by Unknown at 9:38 PM No comments:

天下一餃子:テクテク (The Best Gyoza Under the Heavens: TekuTeku 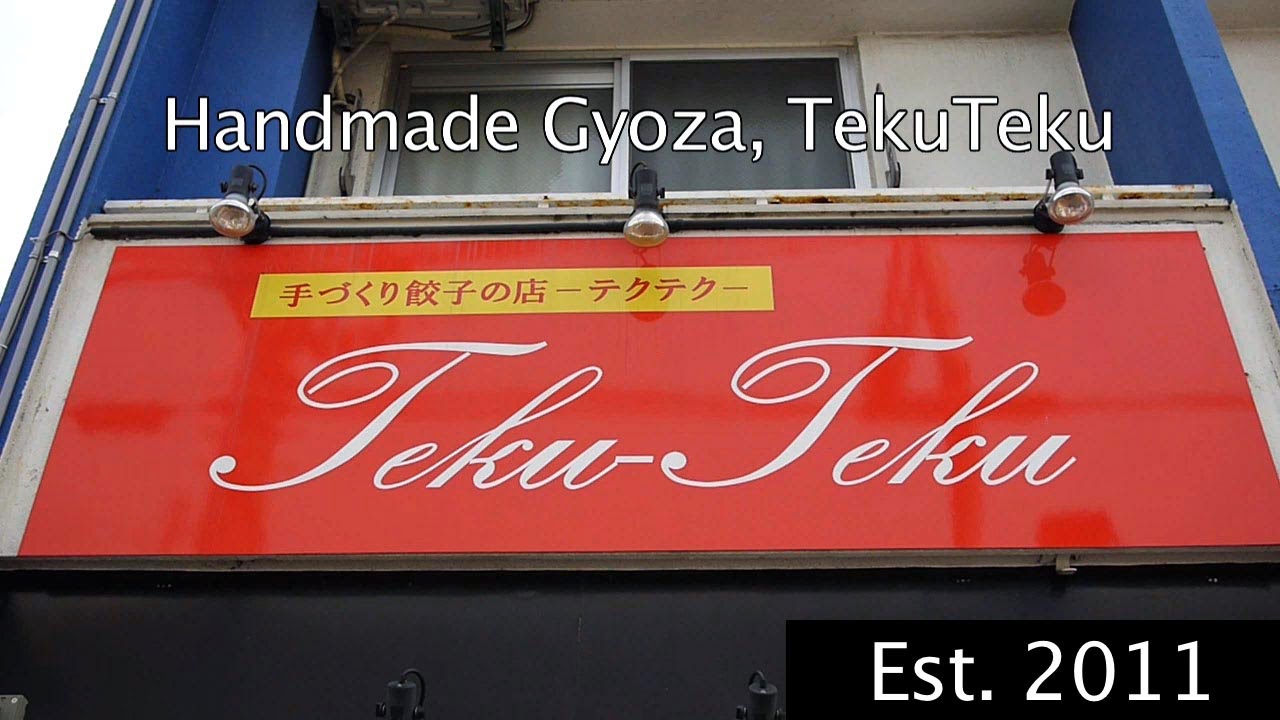 I put together a documentary about my all time favorite restaurant in Japan. I put a lot of work into it so please check it out. Also, if you're in Hirakata, definitely stop by this place, the food is seriously good.
Posted by Unknown at 6:10 PM No comments:

A culture of trust 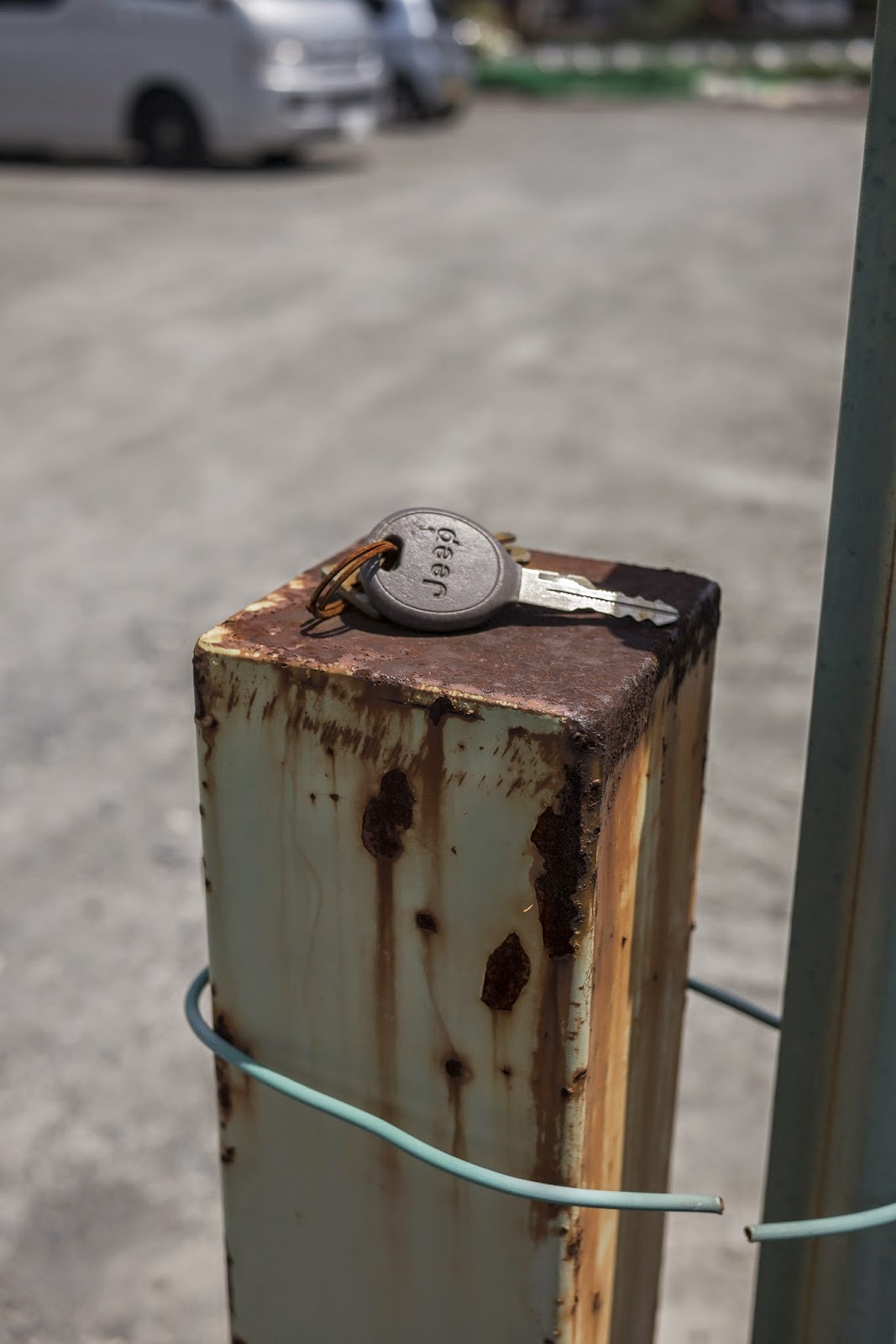 Here is another great example of how trustworthy Japanese people usually are. At some point in the past, someone dropped their keys in this parking lot. Someone found the keys and placed them on this post at the entrance. This is a fairly common practice for lost important things. It looks like this key has been here for a long time as the keyring has become rusted. Dozens of people walk past this post every day and no one has decided to take these keys.

Posted by Unknown at 1:48 AM No comments:

From a staple to a special treat. 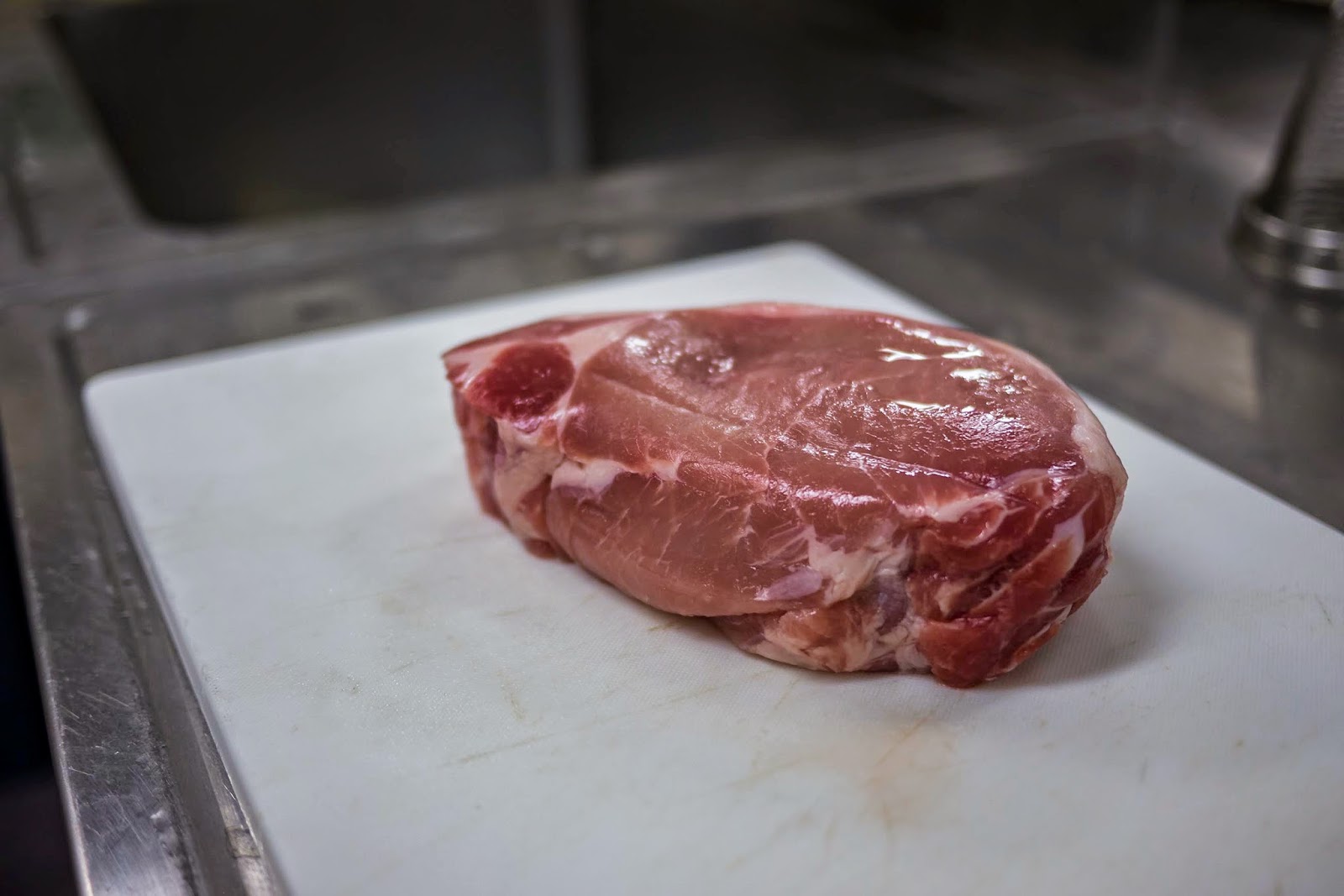 Despite what you may have heard, meat isn't too terribly expensive here in Japan, with the exception of beef. Two large chicken breasts cost around $3 and this surprisingly thick pork steak only cost $4. Alternatively, a small beef steak costs around $12. I don't really miss beef though. Because beef is so expensive, Japanese supermarkets often carry 30% beef, 70% pork ground meat that tastes almost as good.
In general, Japanese people don't eat meat in steak form so the above pork steak was something of a rarity. Usually meat is ground (including chicken) or divided into very think slices for ShabuShabu. It was nice eating such a big steak for the first time in a while. I'm reminded of how my grandmother used to cook steak, cut it up and keep it in the refrigerator for her grand kids to snack on. That is not something typically done here.
Something else worth noting is the quality of the fresh food here in Japan. While in the US, locally grown, pesticide-free food is sold at a premium, in Japan, this is taken for granted. All the fish is extremely fresh and most of the produce is grown locally. People have tried to market natural foods in Japan, but what we consider "natural" is already the status quo here.
Posted by Unknown at 2:00 AM No comments: 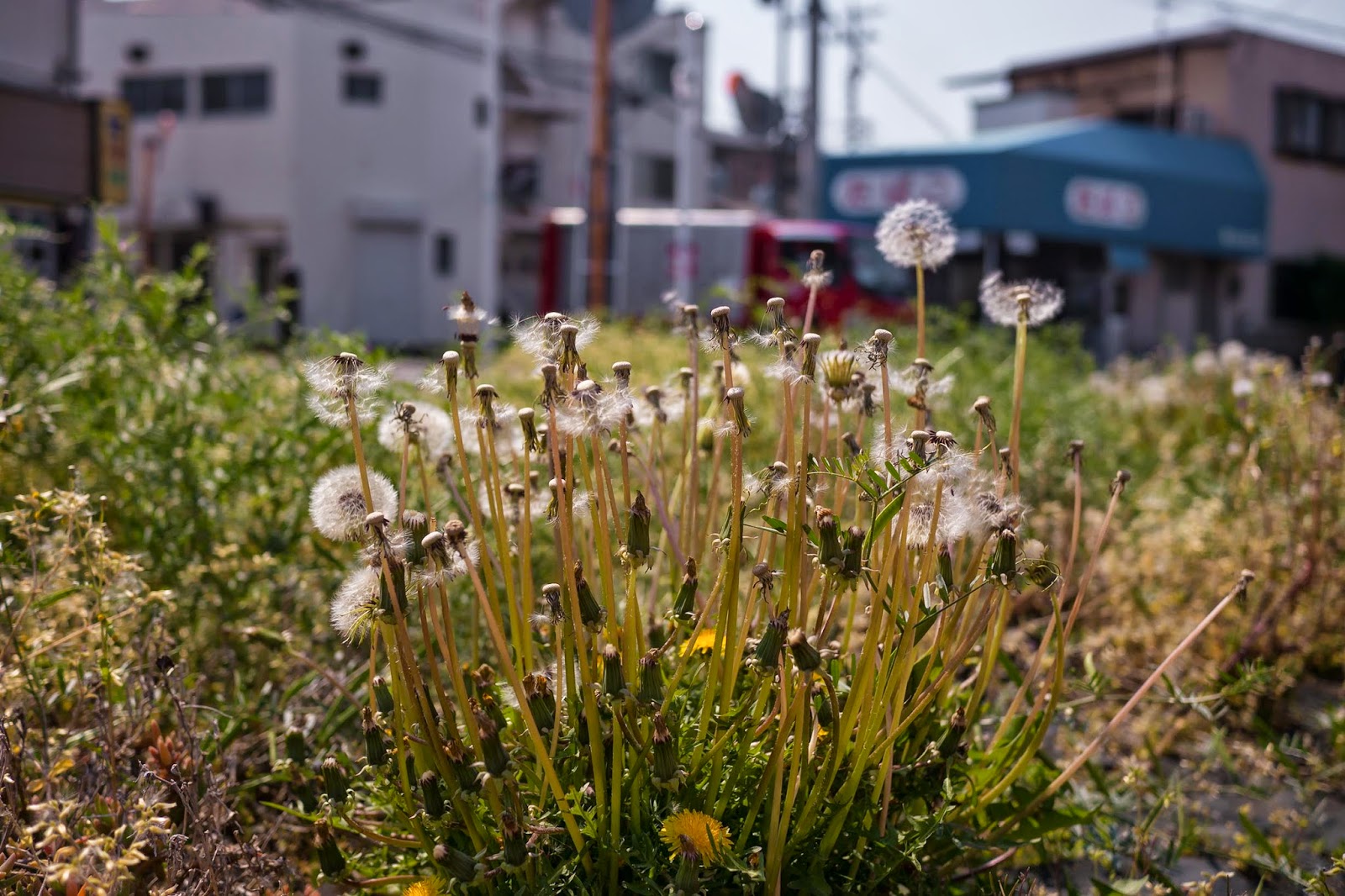 Even though I've traveled half way across the world, I still see familiar plants and animals on a daily basis. Of course many people keep dogs and cats as pets, but there are also many wild plants and animal equally at home here and in the US. For example, it's dandelion season right now so you see clusters of them all over the city. There are also many birds that I recognize from Minnesota. Finally, mosquitoes are as ubiquitous here as they are back home. I wonder where these species came from. Maybe they got here by themselves over many years, or maybe they were brought over by westerners. In any case it appears that some things are virtually inescapable if you don't change your latitude.
Posted by Unknown at 1:40 AM No comments: